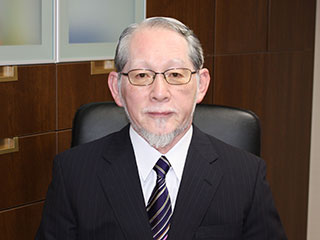 40 years have passed since I started my research on earthworms.My focus at that time was on the usage of earthworms and research on the behavior of earthworms is essential to understand that.Earthworms are nocturnal so I observed them night and day, and centered my research on experiments into their behavioral characteristics and what kind of things they like to eat.However, there were many failures. Just as I was getting to understand them, the earthworms I was breeding staged a great escape.They had bred so much they had outgrown their cultivation area and so started to escape.

However, this failure caused me to rethink my research objectives.When the escaped earthworms died, I saw how their bodies dissolved and this led me to think that “dissolved bodies” = “dissolved protein”.I considered that blood clots, which are made up of protein were dissolving, and when I placed an earthworm on an artificial blood clot, the blood clot dissolved.This led to the discovery of lumbrokinase which spurred my research on.

However, my research had a setback when I realized at the implementation stage that it could not be made into a medicine. So, this enterprise changed course from the development of a medical product to the development of a health food product. This consequently led to the creation of health food containing our latest SK powder and we have even managed to have it patented. 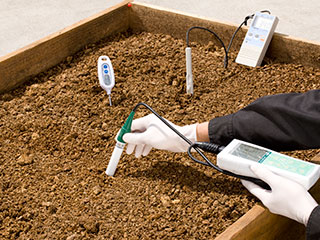 Managing the environment by measuring soil temperature and moisture content

When I started this research, I conducted various experiments and was motivated not only by the, now recognized as eco-friendly, idea of using earthworms to dispose of kitchen refuse, but also that the earthworm manure could also make excellent fertilizer, thus killing two birds with one stone. While conducting such research, I found that the earthworm manure contained a certain active ingredient that was not only odorless but also had an odor eliminating effect. I was told by a certain plant company that “it would cost about 10 billion yen to create a plant that possesses the same “treatment process” as that accomplished by earthworms. This made me think about the amazing powers that can be found inside an earthworm’s body and I believe that this became a foundation of my current research.

I then pursued the adaptability of earthworms in greater depth and decided to increase my research on changes inside an earthworm’s body caused by environmental changes when cultivated. I believed that if I bred earthworms adaptable to change and elucidated the various changes to substances contained in the earthworm’s body, I may be able to discover a new substance.

This does not mean that all of the various effects of this tiny creature have been scientifically elucidated. I think that passing on earthworm cultivation techniques are essential to continuing this research as much as possible and ensuring that measures to save peoples’ lives are not neglected. Therefore, successors need to be fostered and my generation must devote itself to teaching successors in our immediate vicinity, i.e. our children, the importance of research and appeal of earthworms. 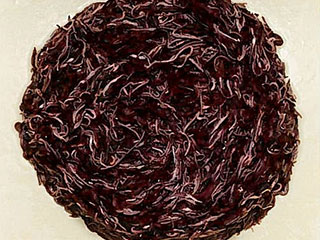 Earthworms that have been cleaned after removing manure

Because of my fascination with the study of earthworms, I even risked my life conducting drinking experiments without knowing what kind of effect the substance would have and the correct dosage, not to mention the unhygienic breeding environment some 30 years ago. When I look back at that now, I feel that that was the starting point of my investigation into the effects of my SK powder health food product.

The theme of my current research concerns immunization with earthworms. In September last year I invited a leading authority on earthworms and professor emeritus at the University of California at Los Angeles (UCLA), Dr. Edward Cooper, to carry out this research. There are concerns about the harmful effects of immune system strengthening and inflammatory suppression chemical agents, so I think that there is nothing better as far as patients, who prefer softer effects such as that provided by SK powder, are concerned.

Earthworms are living creatures just like you and I. Because earthworms that provide the content for SK power will aid people when they die, it is crucial to continue research that will prevent their lives being lost in vain. This is dependent on the belief that it is wrong to be preoccupied solely with financial aspects.

Life creates life, and I intend to work night and day in conducting research that will be passed onto future generations.